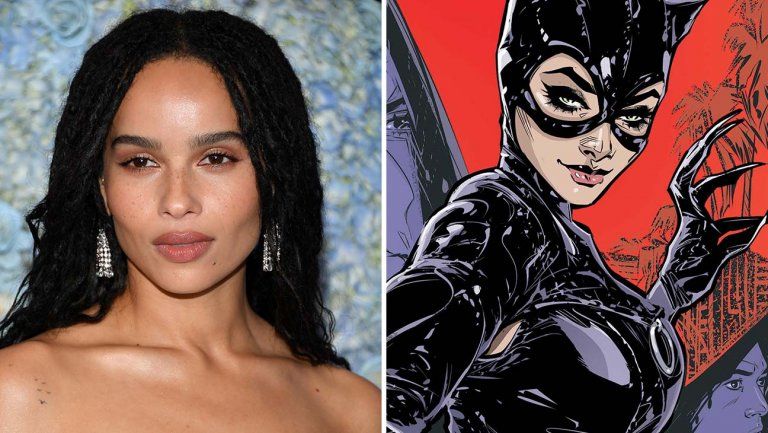 Looks like the new Batman movie now has a new Catwoman...

The Batman movie has found its Selina Kyle aka Catwoman in Big Little Lies star Zoe Kravitz. Her deal is official. The film directed by Matt Reeves comes out on June 25, 2021.

Kravitz joins Robert Pattinson who has the title role, Jeffrey Wright who is playing Commissioner Gordon and Jonah Hill who is in talks for a villain role.

The actress follows in the path of such great big screen performers who’ve worn the Catwoman black leather suit as Michelle Pfeiffer, Anne Hathaway and Halle Berry, the latter who starred in a Warner Bros. standalone pic with the villain’s name. Kravitz boasts a big resume with feature credits that include Mad Max Fury Road, the Fantastic Beasts franchise, the Divergent franchise, X-Men: First Class, and the The Lego Batman Movie in which she played…yes, Catwoman (and all Batman fans know who Kyle is).

This movie will either be really good or a train wreck. Time will tell and I'll definitely see it either way.